Mentors are our unsung heroes. 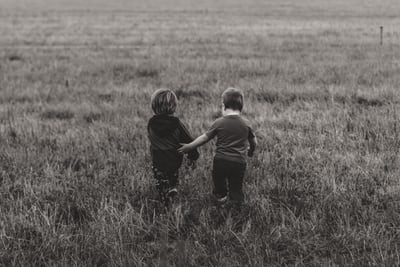 Today is National Mentoring Day and I wanted to write about how having a trusted mentor in your life can literally make the world of the difference in the trajectory of your life. Mentors are our unsung heroes.

Our initial mentors usually are our parents and when this bond is broken it really can have a tragic, detrimental and lasting effect on us. For instance, there is a father absence crisis in America and the following is proof of this. There are 19.7 Million little children living without a father in the home. Just stop and think about that figure for a second. 19.7 Million children with the massive void of no Dad at home. As a result, there is a “father factor” in nearly all the social problems in America today. The effect on the child is that they are four times at risk of greater poverty. More likely to abuse drugs and alcohol. Seven times more likely to become pregnant as a teen. More likely to go to prison. More likely to drop out of high school. The list goes on and on and on. Bottom line is we all need good men in our homes.

A story that really has affected me throughout my life is the story of Chris Gardner. The film “The Pursuit of Happyness ” starring Will Smith was made about him. If you have not seen it drop everything immediately and watch it. It will energise you, move you and push you to be better just by seeing how he got through what he got through. Chris’ father was absent, but his mother and uncle were his mentors. His uncle inspired him to be a good man and his mother taught him to believe in himself.

I believe this is what true mentors do -teach you to believe in yourself so you can be the best you can be, and they are there for you especially when you are at your worst. They show us that we are loveable and highly valued even when we are weak, lost and broken. Doing this alone helps us recover and be better than we were before.

Another man that is beyond belief is Michael Edwards also know as “Eddie the Eagle”. Again, the film by the same name was about him. He is a British Ski Jumper who became a record holder. What is so inspiring about Eddie is his ironclad believe in himself. Nothing and nobody were going to stop him doing what he wanted to do. He also had no support, including financial support, to get him where he wanted to be but that did not stop him either! He gives a new meaning to the saying “where there’s a will there’ s a way”.

Mentors have a knock-on effect. Whenever I read or see something about how a mentor has steered someone onto the course of success, I get newly inspired and motivated myself. I would say a huge ingredient for not only success but happiness in one’s life is having people around you with your best interest at heart. Having the support of people that love you. They will lift you up when you are down and carry you when you cannot continue yourself. As Oprah herself has said relating to her own life “Surround yourself with people that are only going to take you higher”.

I want to give a huge thank you to all the mentors that have showed up for me in my life. I would not be where I am only for you. Thank you, thank you.

Get my FREE GUIDE

"The secret to meeting men in real life!"